The Heitmans: Coming to America


When people think of their ancestors immigrating to America two scenarios usually come to mind – the story of the Pilgrims and the Mayflower or the ‘huddled masses’ arriving at Ellis Island.  What about the thousands of Europeans who arrived between those times?

Almost all of my ancestors immigrated in the 1700’s.  The Pilgrims arrived in 1620 and Ellis Island operated from 1892-1924 so my folks fell into the ‘in between’ category.   The last of these ancestors to arrive was my 3x Great Grandfather Christian Heitman (1810-1880) and family.  They are listed on the passenger list for the ship “Element” arriving at New Orleans from Bremen, Germany on January 9, 1846.

When Christian left home, Germany was not the unified country it is today.  Then it consisted of loosely allied principalities ruled by various princes, dukes, and other monarchs.  On the passenger list Christian lists his home as Hanover, an area in what is now northern Germany.  Christian lists his occupation as farmer and is traveling with his wife Sophia, his 4 children (ages 3-11), and his widowed father, Heinrich, age 69.  It is not known what motivated this family to pack all their belongings in 4 boxes and move to the other side of the world.  Perhaps it was the lack of opportunity in their homeland or the promise of cheap farmland drew them to the United States.  Whatever the reason, they listed their destination as New Orleans.

Travel was done by sailing ship at this time.  Steamships did not come into Trans-Atlantic use until the 1850’s.  The trip took 10-24 weeks, depending on weather and destination.  We can imagine that The Heitman’s trip was one of the longer ones as they were traveling all the way from the North Sea to the Gulf of Mexico.  Sanitation was often a problem and sometimes disease would breakout amongst the passengers.  Food supplies may run low if the weather caused the trip to be longer than planned. But boredom was the most common complaint of immigrants. My kids thought 3 days in the mini-van to the Grand Canyon was arduous; imagine 4 months cooped up with nothing to look at but the ocean.   Of the 177 passengers on the “Element”, 4 died and 2 babies were born enroute.

New Orleans became part of the United States with the Louisiana Purchase in 1803.  By 1840 New Orleans was the wealthiest and 3rd largest city in the US.  It must have been quite a sight for the new arrivals.  Although New Orleans was their destination on the passenger list, the Heitmans soon left for Cape Girardeau, Missouri, probably traveling by paddle-wheeler up the Mississippi.  I am unsure why they picked that area to settle.  There was an established German community there but most of those folks came from North Carolina in the early 1800’s.  Many times immigrants were joining family already settled in an area but there were no other Heitmans listed in the early census records.  There were other passengers on the “Element” destined to St. Louis so perhaps the Heitmans were convinced to go north by them.  They are listed in the 1850 census of District 14 of Cape Girardeau County. 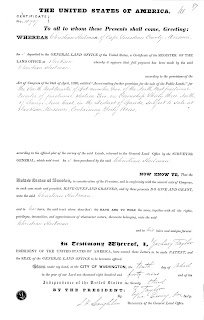 In 1849 Christian purchased 40 acres of land in Bollinger County.  In 1854 he purchased an additional 80 acres and had moved his family of now 10 children there.  His children married into the established German families of the area, the Hahns, the Conrads, and the Younts.  It does not appear that any family members later joined the Heitmans from Germany.  Christian died in 1880 and is buried in Yount Community Cemetery in Perry County, Missouri.  His wife, Sophia, lived until 1902 and is buried with him.

One has to admire Christian Heitman and his desire to better his life in the United States.  He packed up his entire family to move over 4000 miles to strange land, knowing no one at his destination.  What an adventurous spirit, what courage this took.  He was just one of many to make this journey but that does not diminish what he accomplished. 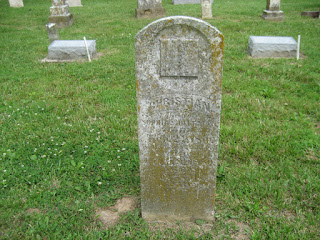